Recently, a new type of network has been gaining popularity: web 3.0. Web 3.0 is a decentralized network that uses blockchain technology to ensure security and privacy.

The Web3 Foundation: Pioneering the development of web 3.0 protocols

The Web3 Foundation is pioneering the development of web 3.0 protocols, aiming to make the internet more open, accessible, and fair for everyone. Led by Ethereum co-founder Charles Hoskinson, the foundation has already developed a number of innovative technologies, such as the Ethereum Virtual Machine (EVM) and the Solidity programming language. With its growing community of developers and contributors, the Web3 Foundation is poised to play a major role in shaping the future of web 3.

Despite early promise, web 3.0 development is still incomplete. Lack of consensus among developers and a lack of user adoption hamper progress. While many protocols have been proposed, few have been implemented or are even being actively developed. However, some projects are making headway, such as the Ethereum network and the Interplanetary File System (IPFS).

The web3.0 ecosystem is still in its early stages, and developers are working to create decentralized applications that can be used by a global audience. Challenges facing web 3.0 development include scalability, interoperability and governance. Scalability issues pose a problem because the current blockchain technology is not able to handle large numbers of transactions. Interoperability issues arise because different blockchains use different currencies, and developers need to make sure their applications can communicate with other networks. Governance challenges arise because blockchain systems are decentralized, which means there is no central authority that can ensure the system’s integrity. As the web3.0 ecosystem develops, these challenges will need to be addressed in order to create a widespread platform for decentralized applications.

What web 3.0 means for the future of the internet

Web 3.0 is the next step in the evolution of the internet and it has a lot of potential implications for the future of online transactions and communication. By using web 3.0 technologies, businesses can build more efficient and secure websites that can interact with another web 3.0 applications to provide a richer user experience. Web 3.0 also allows users to manage their own information and interactions through decentralized apps (dapps). This could result in a more democratic internet where users have more control over their data and how it is used. Overall, web 3.0 has the potential to revolutionize how we use the internet and achieve broader societal goals like democracy and sustainability. 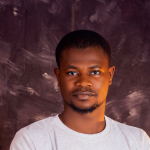